Jim Cameron is a certified 7th degree black-belt Karate instructor who has been studying since 1968 and teaching since 1986. For the past three decades, he has trained under Buzz Durkin, considered to be one of the top instructors in the United States and has spent time in Okinawa training with the masters of Uechi-Ryu.

Uechi-Ryu is a form of Karate that originated in China and then was brought to Okinawa. Please be sure to read the History of Uechi-Ryu for more information on this old and rich style of karate. 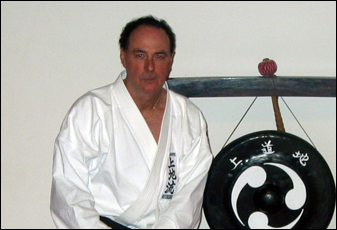